Being a Tourist at Home 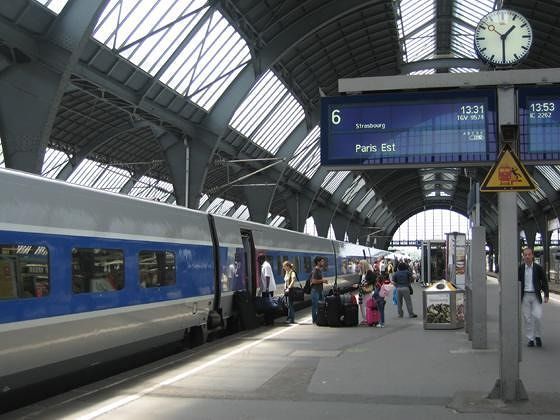 Paris is great - but who can afford Paris all the time?
TGV in Karlsruhe central station

We all like to travel to distant destinations – but how much do we know about the surroundings of our hometowns? There is certainly a lot to discover at our doorsteps, no matter where we live. This is not a choice to be made – international travel versus staying in one’s country and region – but a combination of both is best.

Touring from home has several advantages. No packing, no luggage schlepping, no organizing who takes care of the house, waters the pot plants, feeds the pets and collects the mail. It saves money because you do not need to pay for accommodation since you sleep at home, and travel costs for short distances are usually low. It can be done without taking holiday time off work. A free day or just a couple of spare hours are enough to transform into a tourist and see one’s city with different eyes, or hop over to a new place nearby. 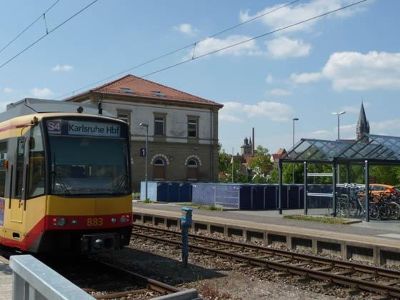 One summer, when I had no money left for travel, I bought a monthly pass for the entire KVV, our regional public transport network, and set out on a new day trip every day. My aim was to have travelled all train and tram lines at least once and to see as many of the small towns in our surroundings as possible. The KVV area covers parts of the Northern Black Forest, the Kraichgau hills and the southern part of Palatine and two border destinations in Alsace, so there are plenty of options. This was a well-filled summer holiday.

Then there are DB’s Länder-tickets, namely Baden-Württemberg-Ticket and Rheinland-Pfalz-Ticket, which both cover a lot of more ground in the respective federal state. And thanks to fast ICE, IC and TGV trains, the range of possible day trips extends into northern Switzerland and to many cities in Bavaria, Hesse, Rhineland-Palatinate. Karlsruhe is a transport hub with excellent train connections in all directions, both long-distance and regional trains and local trams. I have been living here for 15 years now, and I still have some unseen destinations left…

Russell the Wombat is my faithful companion on these trips and will make an appearance in my photos every now and then.

This blog is based on the seemingly countless number of destination pages I wrote for the now defunct Virtualtourist. The city of Karlsruhe itself will, due to the vast amount of material I have, not be described in here but receive its own blog at some point.

Destinations will come up at random and totally unsorted in here, because this is the nature of day trips: We choose a place to visit and off we go, and next time whe choose another destination which is usually unrelated to the previous one. No need to plan itineraries - another advantage of tourism from home! 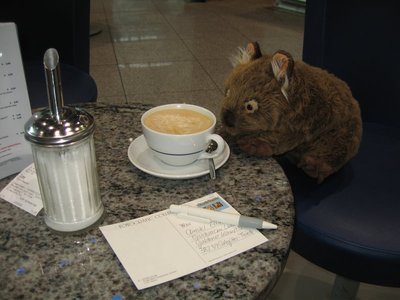 Coffee break and a postcard for Grandma

The "Postcard" layout feature matches this purpose perfectly. My little reports are like illustrated postcards sent from the places I visited. This reminds me of what I used to do when Grandma was still alive. She spent her last years after Grandpa's death in an old people's home. For daily lunch she sat at the table with five other ladies, and every day after lunch the six of them would take their walkers and parade to their letter boxes in order to pick up their mail. After I heard that there was some kind of undeclared competition among them who gets the most, and that Grandma boasted with postcards she received from her only grandchild (i.e. me), I took to sending her a postcard from each and every, even the smallest trip I went on, so she could be the star of the day as often as possible. She proudly collected them all, after her death we found the big pile in her room.

Next Table of contents

Good idea for a blog :-) And you are right to remind us of the wealth of travel options we all have on our own doorstep!

Photos will come in due time. Patience please...

You are very right. I live in London most of the year. Many people spend a lot of money to spend a short time in the city, and exhaust themselves sightseeing. I have, and make use of, the luxury of being to go sightseeing in London whenever I want WITHOUT restriction. And, it is great fun.

Photos are there now