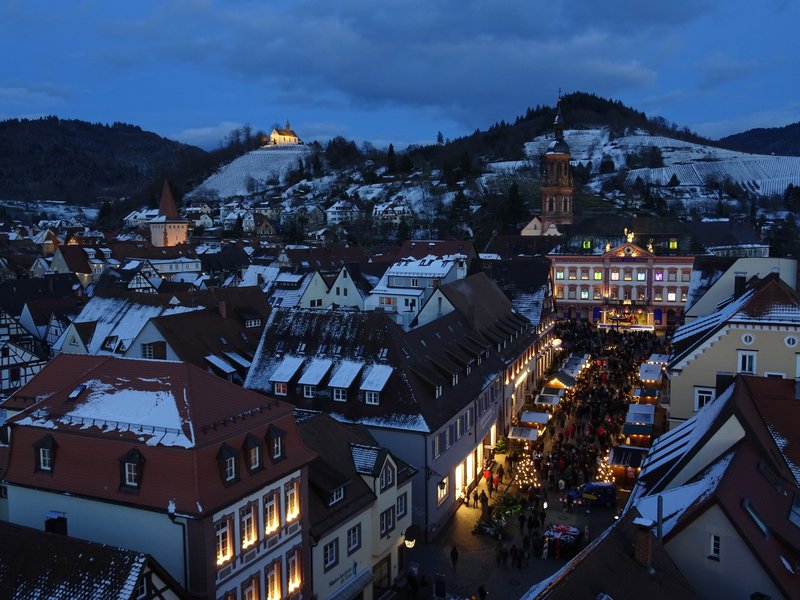 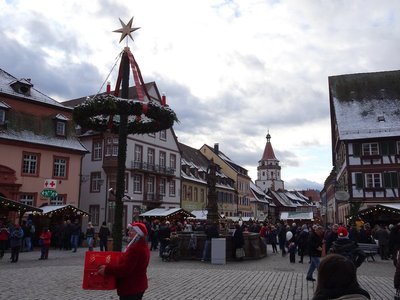 Visiting Gengenbach’s Christmas market has long been on my wish list. The market has become known far beyond the Kinzig valley already for a while. It occupies the market square in front of the town hall and expends into the three streets in its corners.

The market is of moderate size, bigger than could be expected in a small town like this. Surrounded by the half-timbered houses and the three historical towers, it is really atmospheric. It begins on the first Advent weekend and stays open until Dec 23. 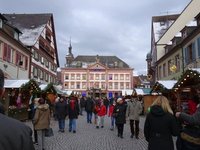 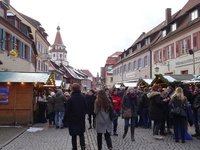 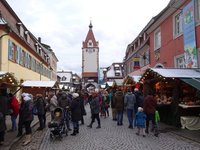 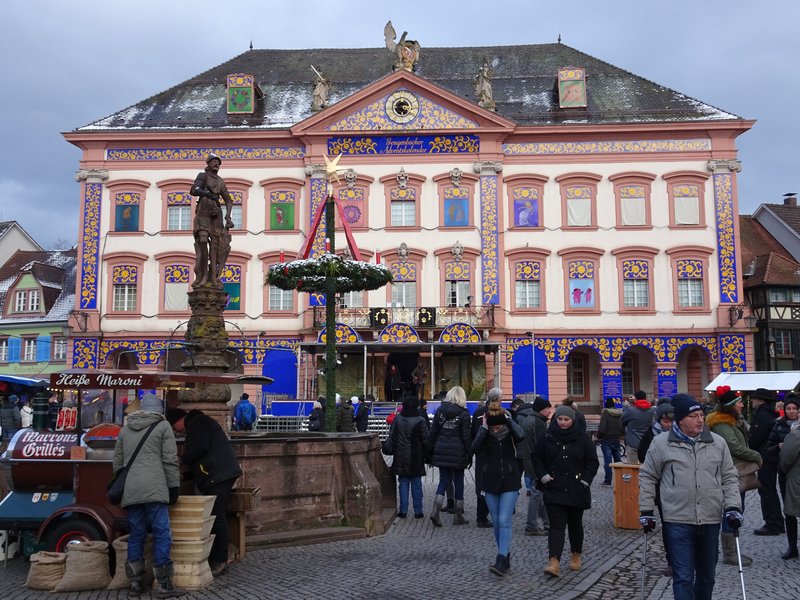 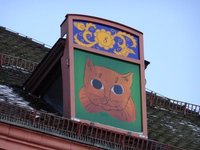 Gengenbach’s “USP” in pre-Christmas season, however, is their Advent Calendar. They claim that it is the largest in the world (I’m not sure whether that’s still true, though, as other cities have followed their example.)

Advent calendars in normal size are popular with children, and also with big children, in this country in order to count the days until Christmas. 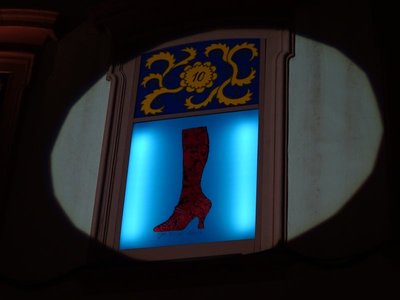 The window for Dec 10 in the spotlight

The calendar has 24 windows. Each day from Dec 1 to 24, a new window, the one with the matching number, is opened. Behind it there could be a picture, a piece of chocolate, or a little gift depending on the type of calendar. This as explanation about the background.

Gengenbach’s neoclassical town hall has exactly 24 windows facing the main square. The whole façade is being turned into a giant Advent calendar.

Each day at 6 p.m. they are holding a ceremony during which the next day’s window is unveiled and illuminated. The ceremony was lead by a herald who told a short story in verses, which was at the same time performed in dance and pantomime by a group of children. 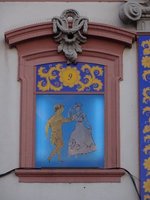 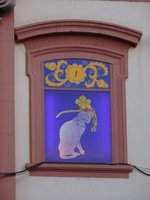 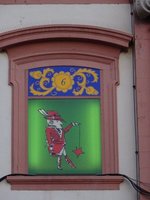 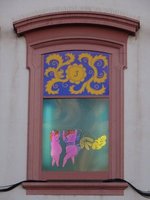 They change to a different set of pictures every couple of years. Currently they use paintings by Andy Warhol. Colourful and funny pictures they are. 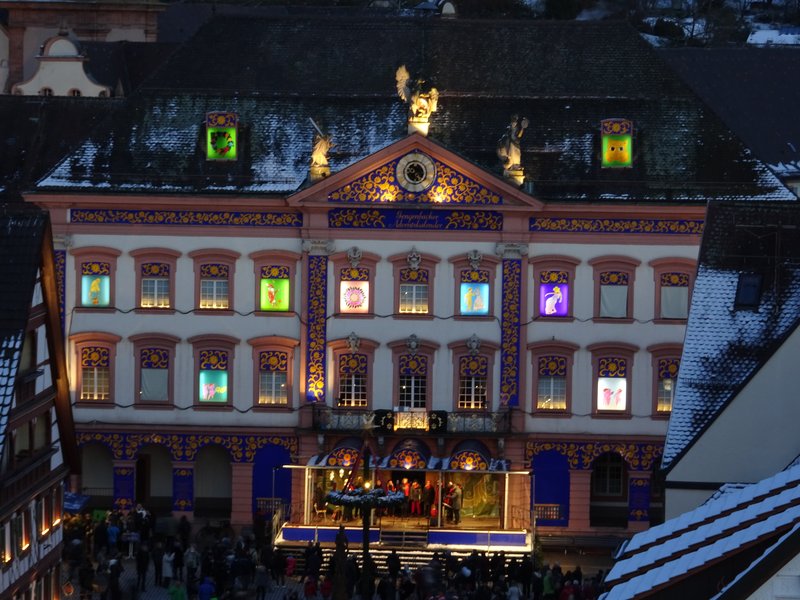 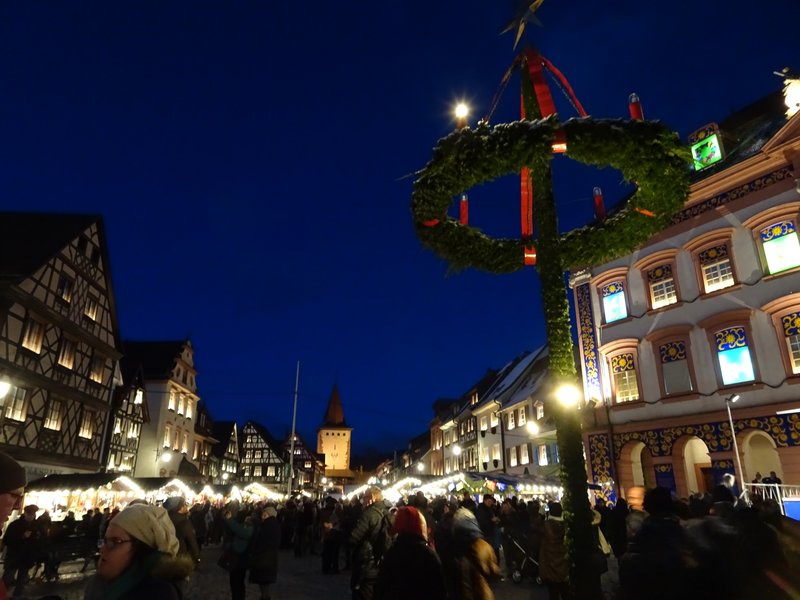 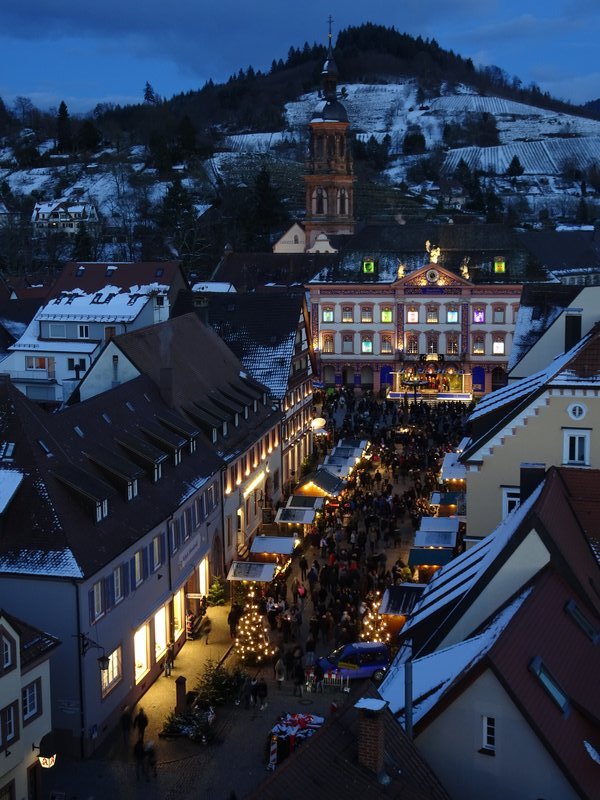 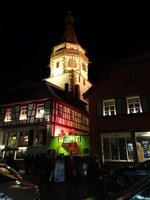 A visit to the museum includes the climb to the gallery round the top of the tower. The view of the town is beautiful. That’s where I took those photos from. I was up at dusk, illuminations were already turned on but there was still enough daylight to distinguish landscape and buildings. The sounds and lights from the Christmas market came up from afar. It appeared like an illuminated anthill from this distance. 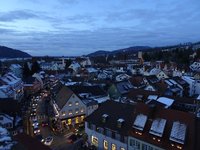 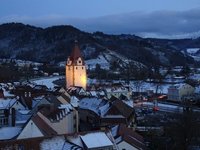 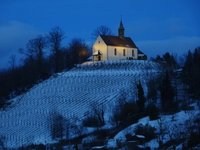 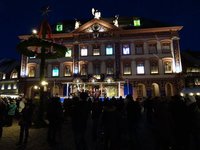 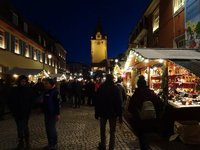 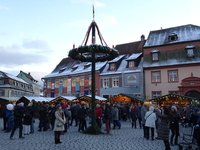 Gengenbach is no longer an off-the-beaten-path secret. It has come into the focus of international tourism as a top place to visit in the Black Forest. I see the danger that Gengenbach will become the next Rothenburg, proving the old saying true that mass tourism ruins what it is looking for.

Trouble is, Gengenbach’s old town is perhaps one tenth the size of Rothenburg’s. There were two, just two, Italian tour buses in town and those Italians seemed to be everywhere. I also noticed Asian and American tourists. French visitors come over in numbers anyway, as the border is so close. A small town like this can bear only so and so many visitors, or it will lose its local flair and become a tourist trap. So far it has not yet been showered with souvenir shops or fastfood stalls – let’s hope it stays like this. Perhaps we should keep the secret? 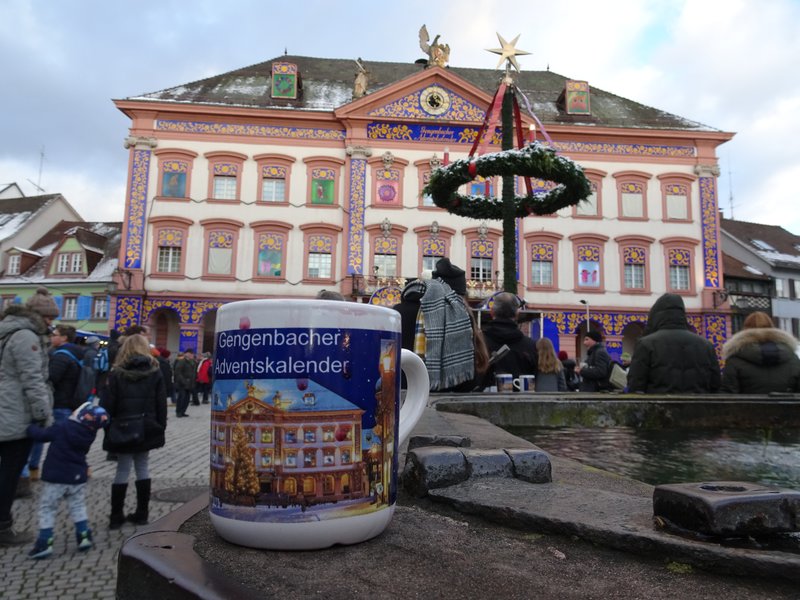 This is a really enchanting blog. Merry Christmas!