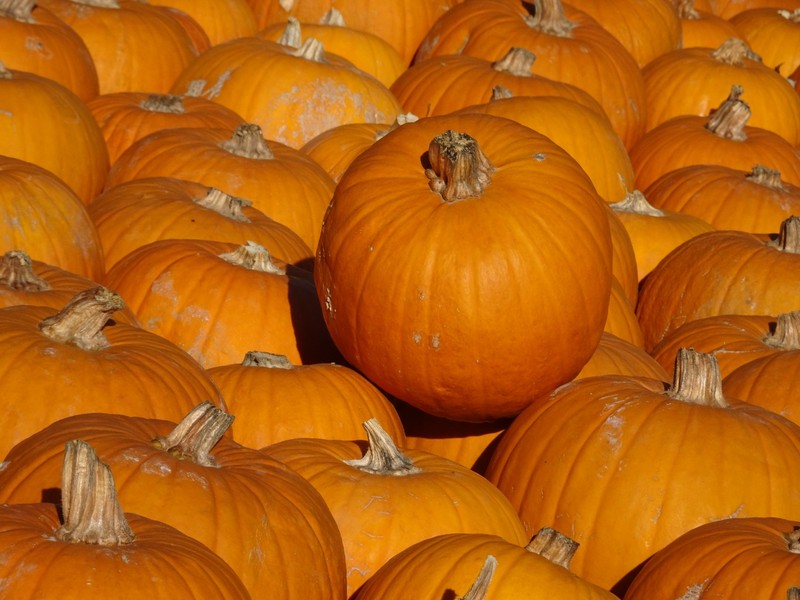 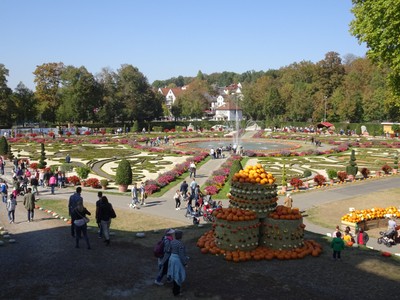 Every year in autumn, the gardens behind Ludwigsburg Palace host a big exhibition of pumpkins. They claim in the area that it is “the largest pumpkin exhibition in the world”, but since I have noticed a certain affection for superlatives among Stuttgart locals, I am not so sure how seriously this one should be taken.

Anyway, it is certainly big. And very popular, despite a rather steep entrance fee of 9 €. I went on a weekend, and while I had expected it to be busy, I had not expected these numbers of people, even less so as the Cannstatter Wasen was on in nearby Stuttgart. Hordes of families with young children pushing battleship-size prams, strollers, carts through the crowds, kids screaming everywhere… at some point I just said to myself, “I hate children.”

Lesson learned, note to self: Don’t go on a weekend next time. 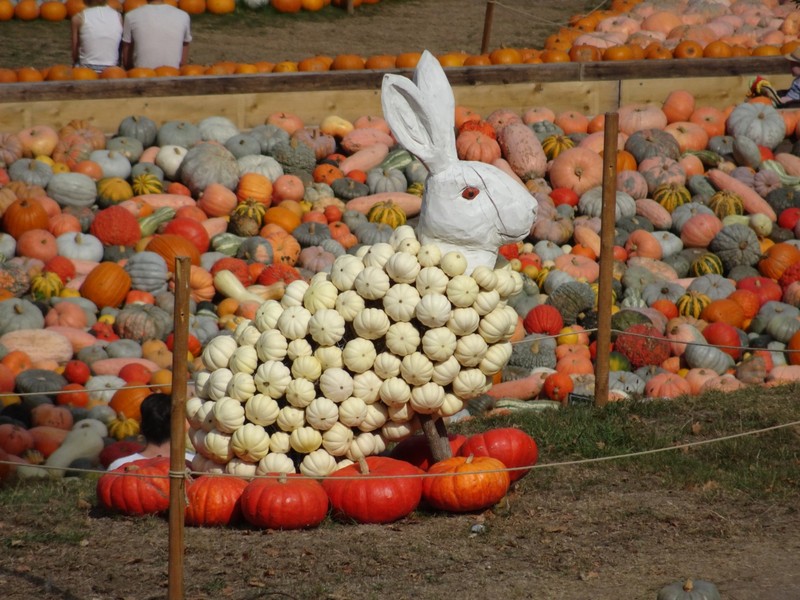 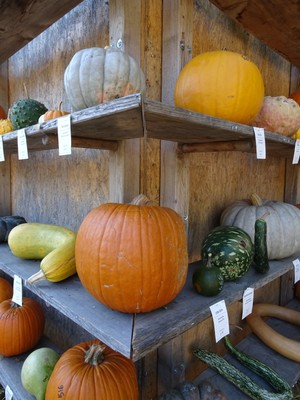 It was a glorious sunny day, which made the bright colours of the pumpkins shine even more. The paths in the vast gardens are lined with pumpkins to show the way. There are thousands and thousands, they must have used almost the whole pumpkin harvest of Württemberg to create this.

Hundreds of varieties of pumpkins and squash from all over the world are presented on long shelves. Pumpkins in all colours and fascinating shapes. 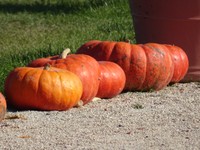 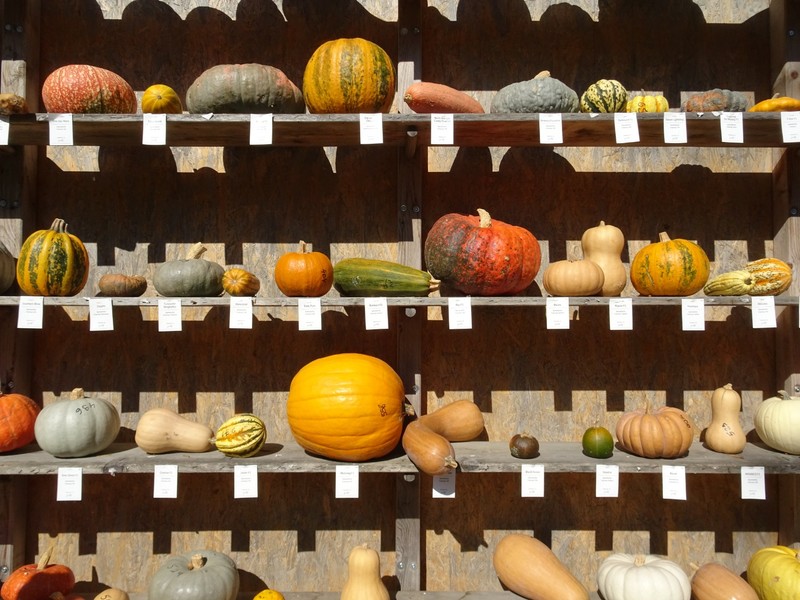 Food stalls offer various dishes made with pumpkins. On this weekend the special was “Germany’s biggest pumpkin soup” (cf. what I said above;-)), cooked in a giant pot and sold for charity. I did not try it, though, the lines were just too long. 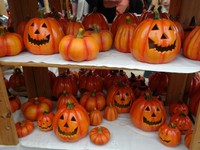 Other stalls sell pumpkins and pumpkin souvenirs. I even saw “Halloween sets” on offer – a pumpkin, a carving knife, and a pattern and explanation.

In the central part of the exhibition they have large figures made from pumpkins. Every year they have a different topic; this year’s one is “animals of the forest”, so they have a fox, bunnies, a squirrel, an owl, a snail, some insects… really imaginative. The horse does not really fit in but is nevertheless impressive. 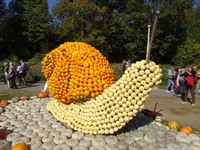 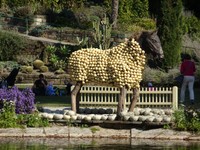 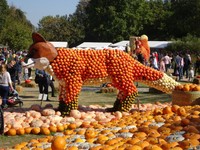 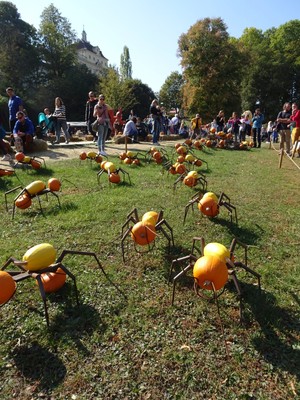 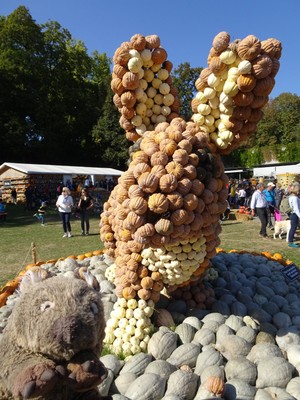 I liked the flock of ants best, and the giant spider web.

Catching photos of them without anyone posing in front required some patience... 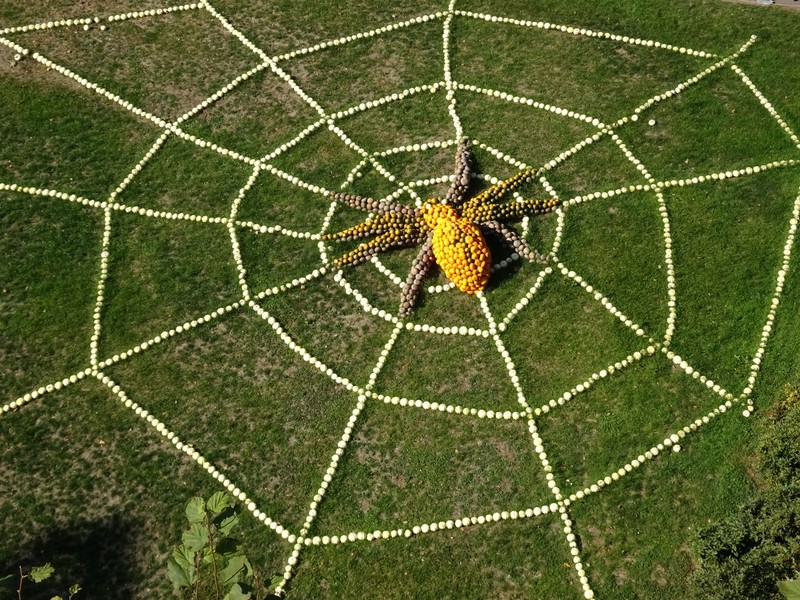 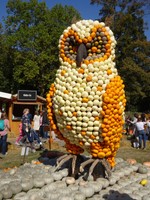 Pumpkin-related events take place during the exhibition, mostly on weekends. Canoe races in hollowed pumpkins, for example (sounds like fun to watch). A pumpkin-carving festival happens shortly before Halloween. 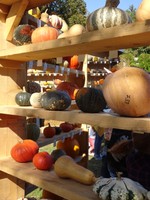 The top events are certainly first the German and, a week later, the European championships in pumpkin weighing. Participants will then bring monster pumpkins that weigh several hundreds of kilos. They are to come next weekend so I did not yet get to see them. They stay on exhibit until the last weekend, then they are smashed into small pieces and given to visitors for free. More than the flesh, though, people are after the seeds of the winners! 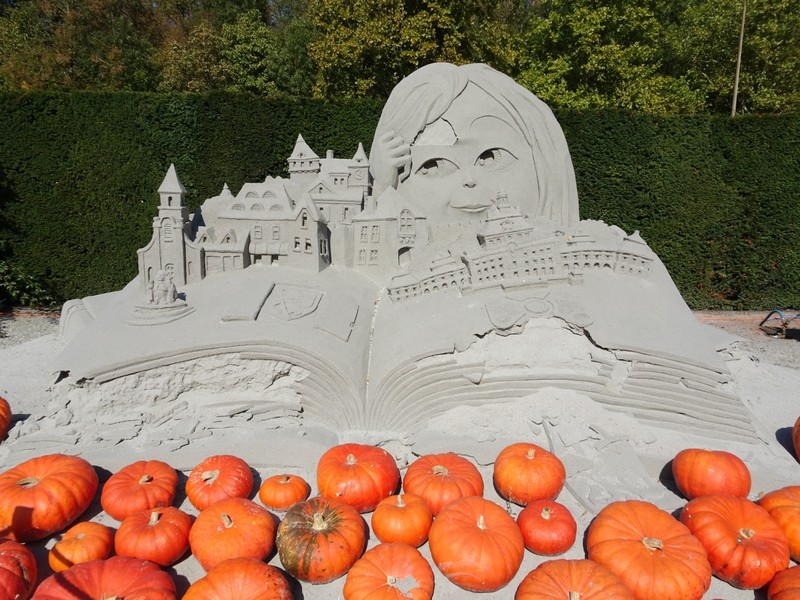 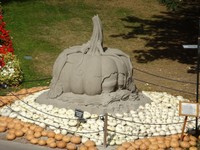 Sand sculptures are also part of the exhibition.

Unfortunately a recent rainstorm had caused a bit of damage to them.

More information about the exhibition and the related events can be found on the website:
http://www.kuerbisausstellung-ludwigsburg.de/en 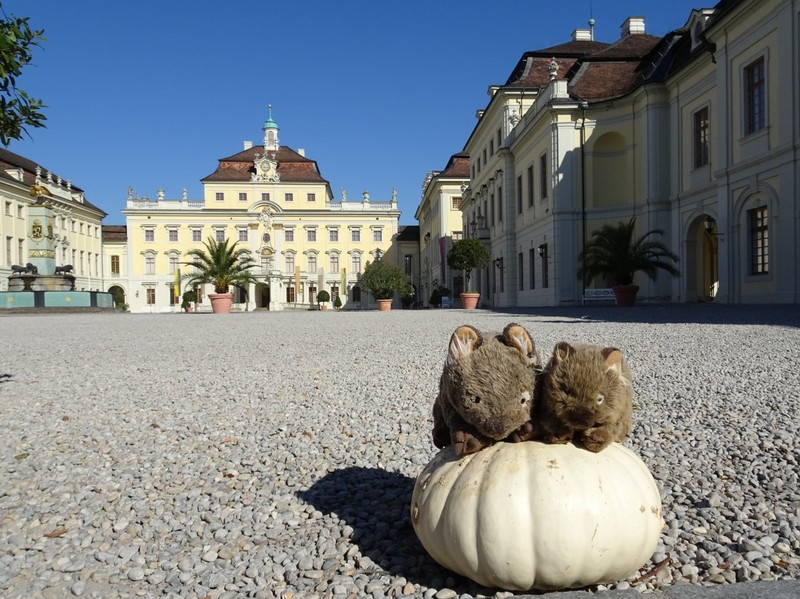 More about the palace and the town will follow in a later entry!

You bet it was! Lots of yellow and orange everywhere.