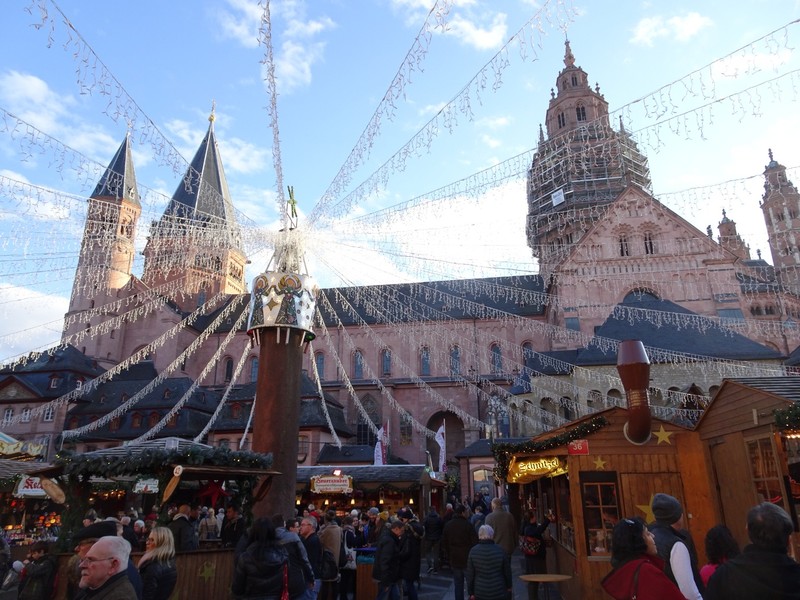 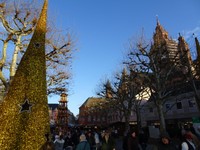 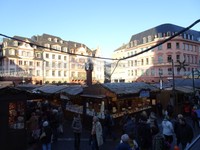 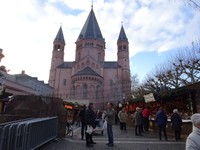 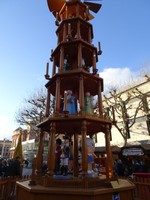 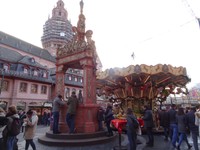 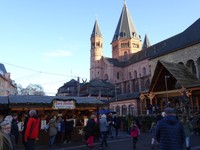 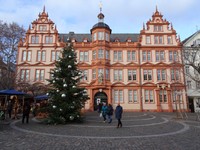 The Christmas market of Mainz is located in a beautiful setting, covering the series of squares by the cathedral. The huge church's mix of Romanesque and baroque architecture form the background of the scene.

The wooden stalls all, or most of them, have the same design, together with handwritten calligraphic signs. Well done for my taste.

The central part of the market is covered by a 'light roof', lines of small light bulbs attached to the column in the middle. After dark they appear like a tent of light under which the Glühwein drinkers assemble. 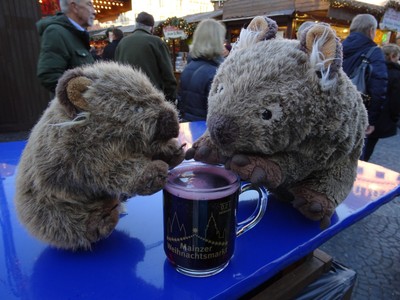 Glühwein is a good keyword. While many markets sell pre-fabricated stuff that hardly deserves to be called wine, in Mainz some Glühwein stalls are operated by local wineries who make mulled wine from their own produce. I found mine excellent in taste, not as oversweetened as many others.
Their Glühwein cups are boring, though, so I did not include it in my collection.

The products on offer at the stalls, however, were nice but not really special. Food and drink stalls somehow dominate the picture. All in all it was okay to visit this market once, but I do not see the need for a repetition. 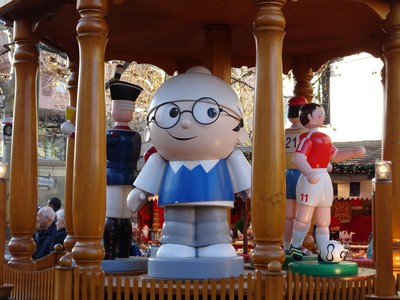 The big pyramid has some local figurines in it, like a football player in the jersey of Mainz 05, a carnival soldier, and one of the Mainzel-männchen, the mascots of ZDF TV station who have their seat in Mainz. 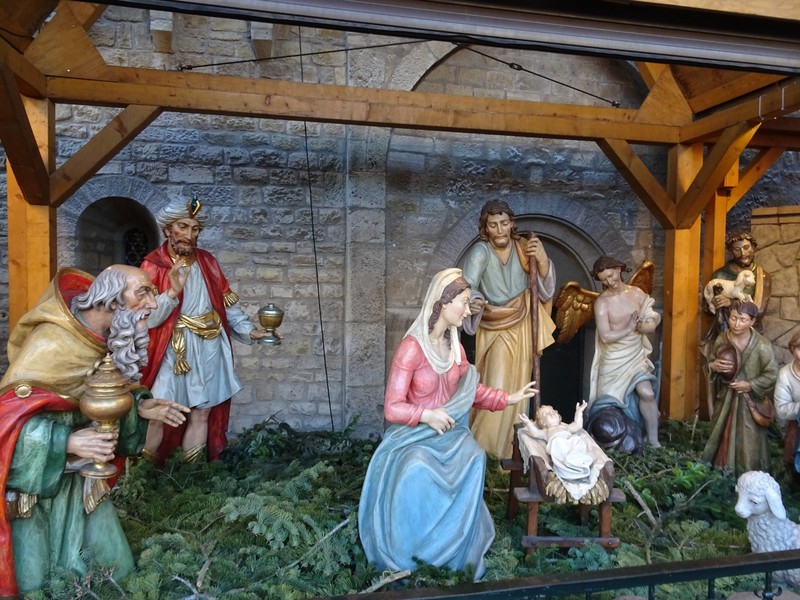 To remind us what Christmas is actually about, an almost life-size nativity has been set up by the cathedral. It sits on kind of a small stage, one has to climb up a couple of steps to see it. Catching the photo without anyone posing in front of it requires a bit of patience at times... 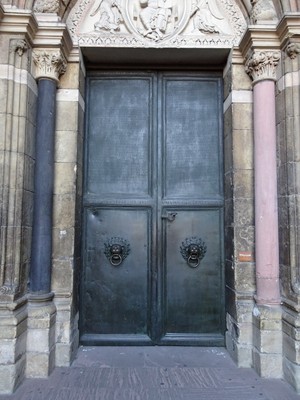 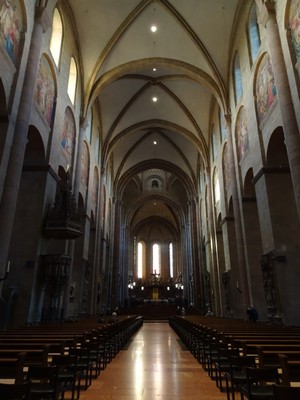 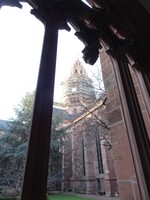 A peep into the cathedral should not be missed. The famous bronze protal, more than 1000 years old, won't open for the average visitor but the side door next to it will. 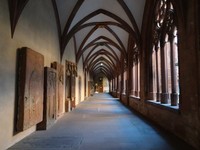 The cloister behind the nave is usually an oasis of quiet in the middle of the busy city... but not currently, due to restauration works going on and large parts covered in scaffolding. 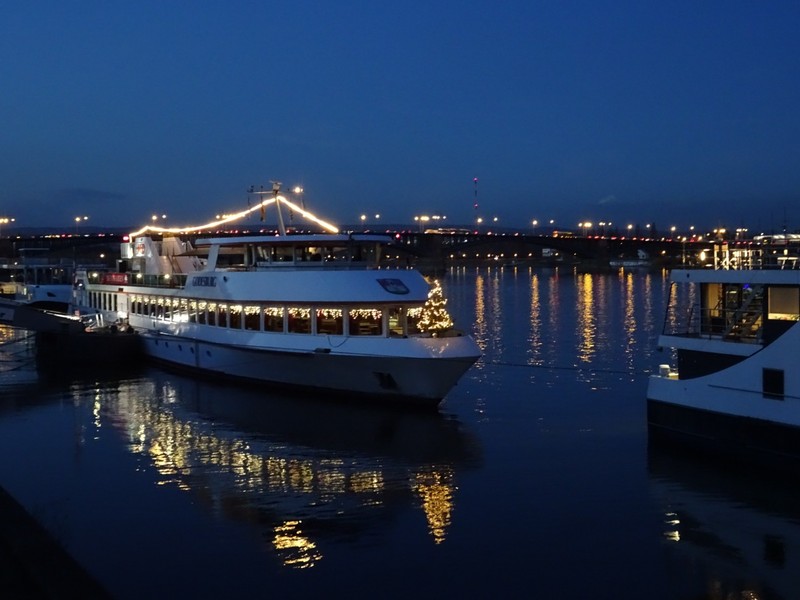 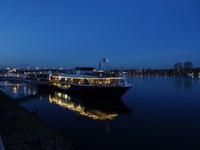 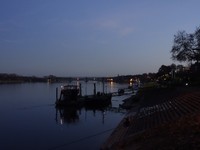 The Rhine bank is not far from the cathedral. After a visit to Gutenberg-Museum I went over for a short walk along the river promenade at dusk.

It was pleasant to see that the water level had notably risen with the recent, long awaited rains. The long dry period over summer and autumn had caused big problems. Water levels were so low that ships could hardly run. All river cruises were cancelled. But now they were back in business.

There were two cruise ships in town that day. Guided groups seemed to be everywhere - in the cathedral, on the market, inside the museum... The river cruise boom certainly has an impact on the cities they have on their schedule. I am not sure how positive this development is for the cities, though. 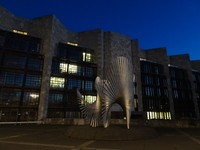 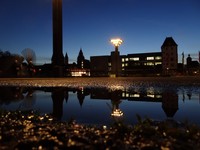 The platform between Rheingoldhalle and the modern city hall (left) offers a, hmmm, different panorama of the city.

A few puddles add some reflections of the evening sky.

Impressions of the Christmas market after dark 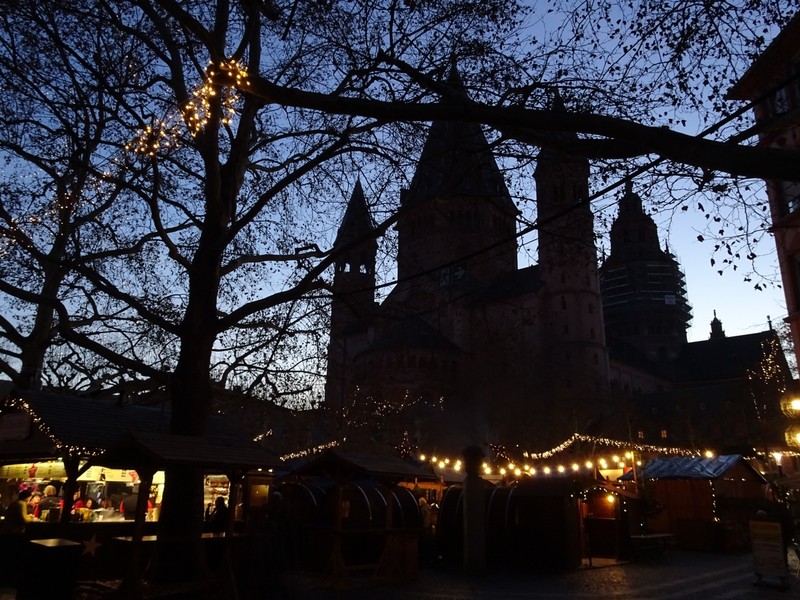 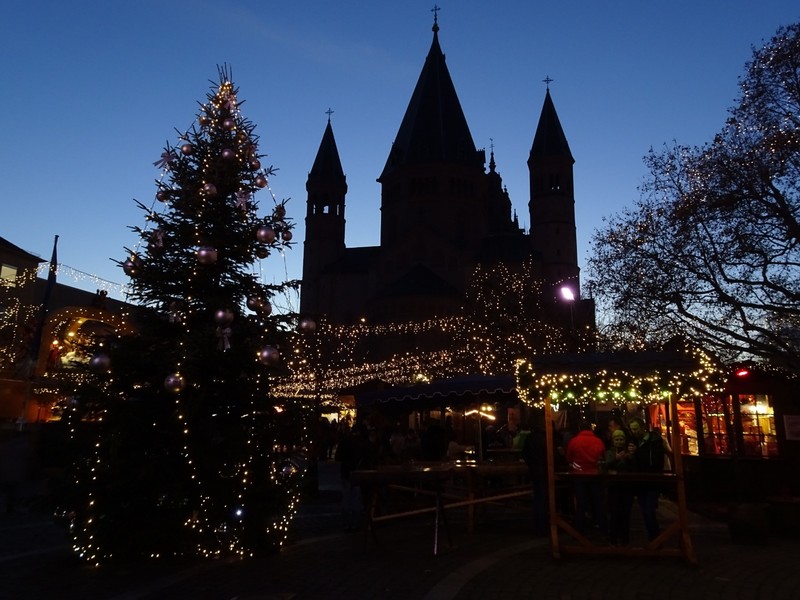 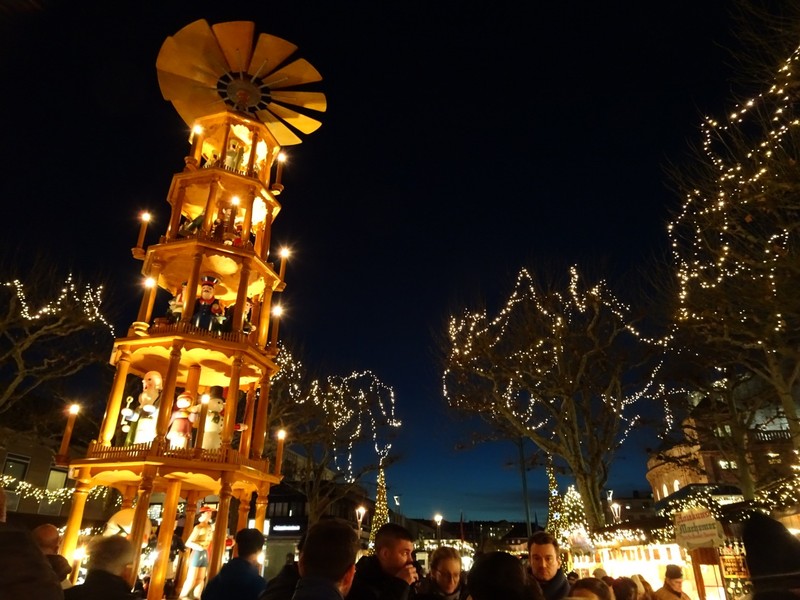 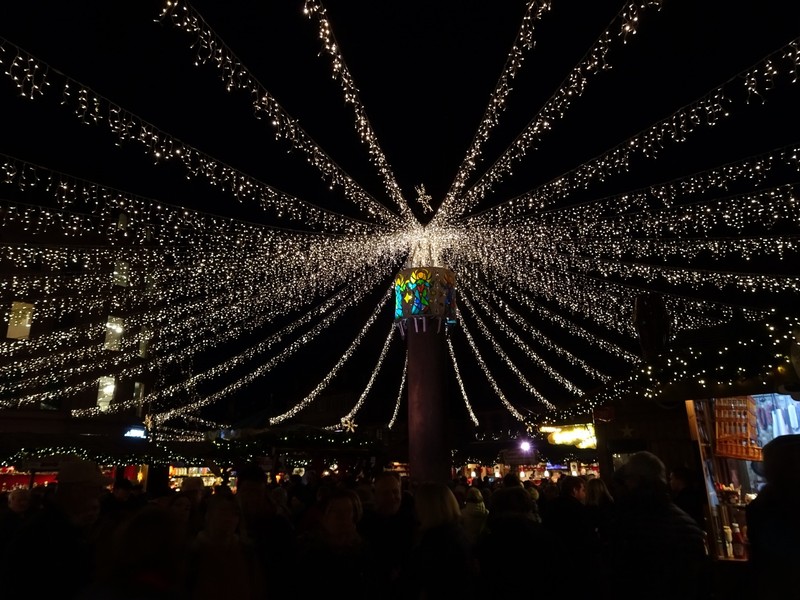 Under the tent of light

Looks lovely. I've been to Mainz in the summer. It is beautiful then too.

The picture with the boats at night is very good!