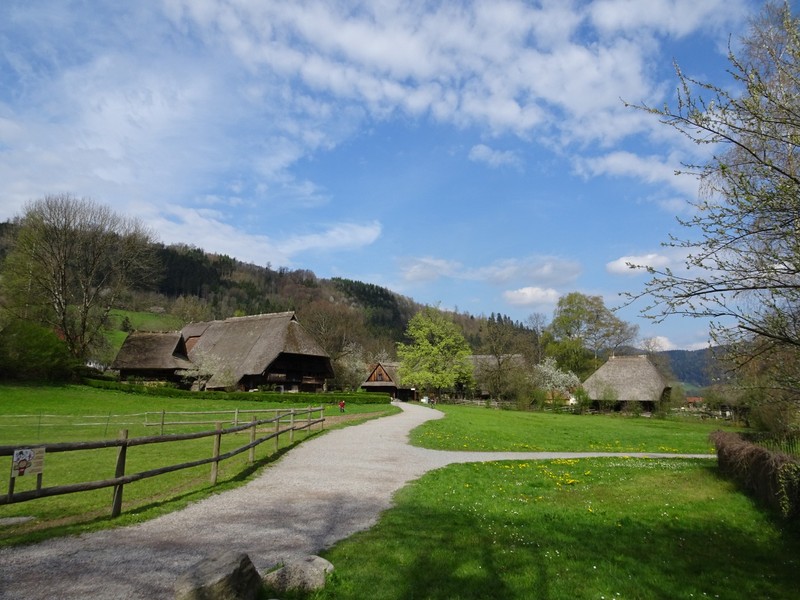 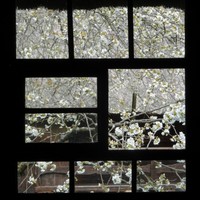 Vogtsbauernhof is an open-air museum village with original houses and farm buildings from all over the Black Forest. Visitors can see how country people in the Black Forest used to live in past centuries.

These are buildings of historical interest that were, for whichever reason, to be demolished. Instead, they were carefully taken down, transferred and reassembled. Some still have the original furniture inside, just like the last inhabitants had left it when they moved out. Two houses are replicas because they could not have the original. 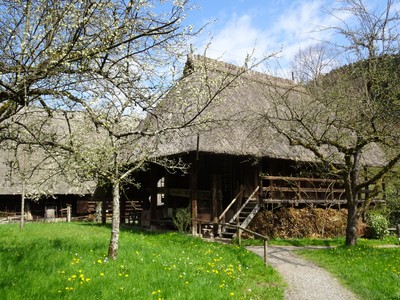 It was a beautiful spring day. The fruit trees were in blossom, all meadows full of wildflowers and sprouting fresh green grass.

In addition to farm houses, economy buildings have been added: a water mill, a saw mill, workshops for various crafts, a baking house and so on. Some are fully operational. In summer season they do presentations of these old crafts in there. 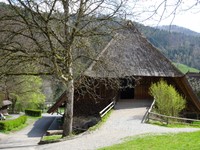 A striking feature of the typical Black Forest houses is how they use topography. They are always positioned at a right angle with the slope. The front has three or four storeys, while in the back, the soil rises to roof level. Adding a small ramp, the rear side offers an almost even entrance right into the attic, so that the barn underneath the big roof can be accessed by wagons. 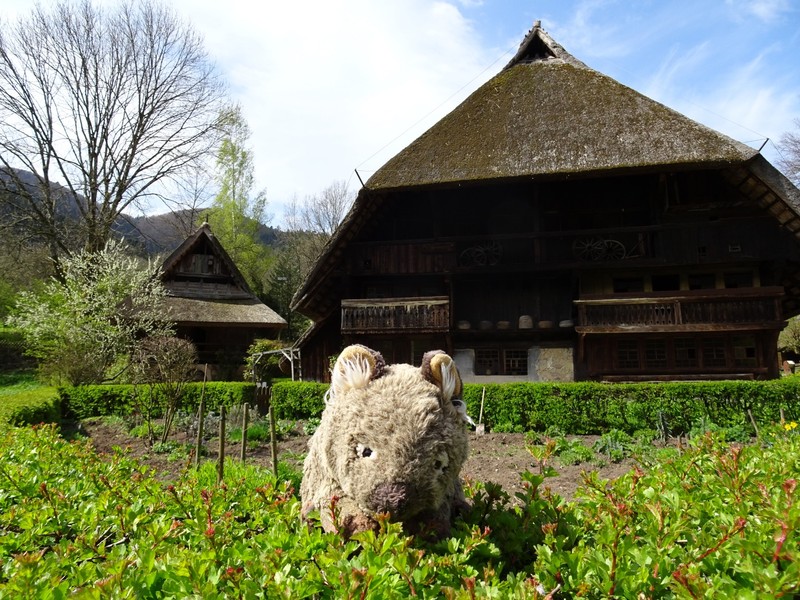 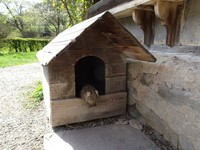 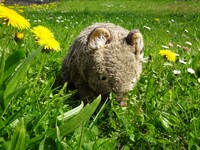 It was Russell the Wombat's birthday, and the trip was his birthday treat. Vogtsbauernhof had long been on our wish list. Russell particularly liked the little dog houses, he said these were the burrow entrances for the house wombat, who would have dug his burrow underneath. He also enjoyed a healthy lunch in the blooming meadows. 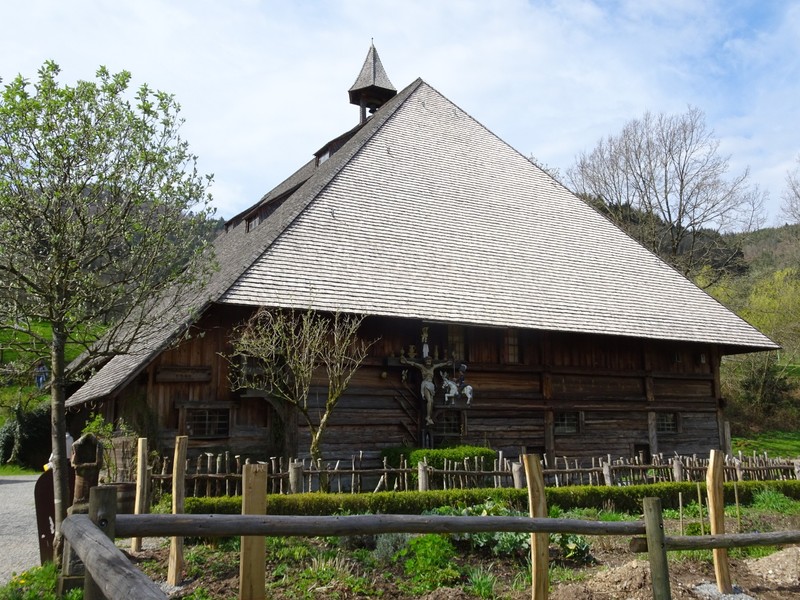 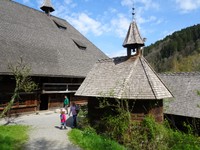 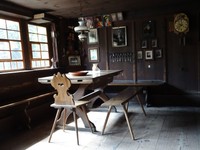 Hinterseppenhof, built in 1599, is the oldest farmhouse in the grounds. A storage building and a cute little wooden chapel have been added to the ensemble which originate from elsewhere. 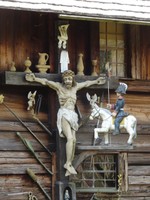 Many of these farms had their own chapel. Their bells indicated working hours, time for meals or for prayer to the workers in the fields and the forest. They were probably used for family events, for personal prayer, and perhaps once per year the local priest may have come to celebrate a full mass in there.

On their porch they have a crucifix with the Arma Christi, all the many items that were part in the Passion of christ, and Longinus, the Roman officer who realized that this man on the cross was really the Son of God.

Inside, the former barn and storage host an exhibition on the most widespread clichés about Black Forest culture, including Black Forest gateau, cuckoo clocks and everything. A group of rather weird-looking dummies (too much Kirschwasser?) sport the traditional festive clothing of the area. 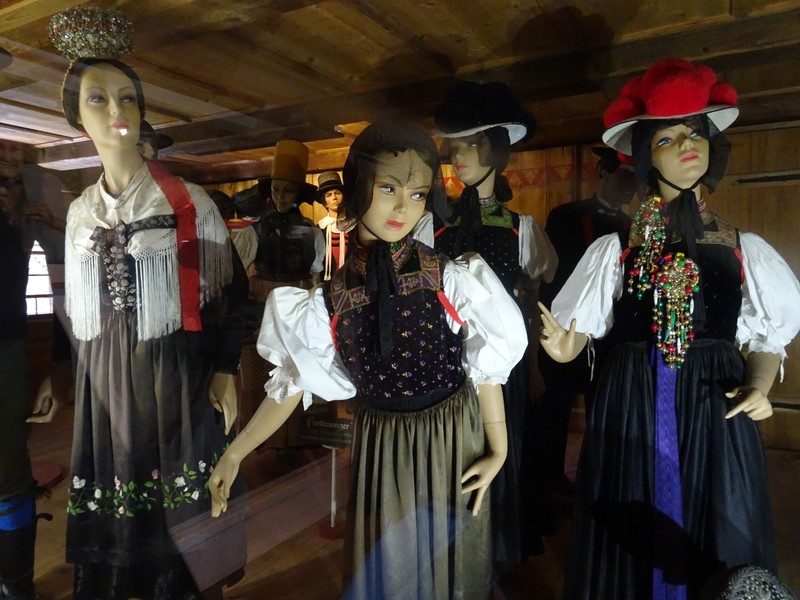 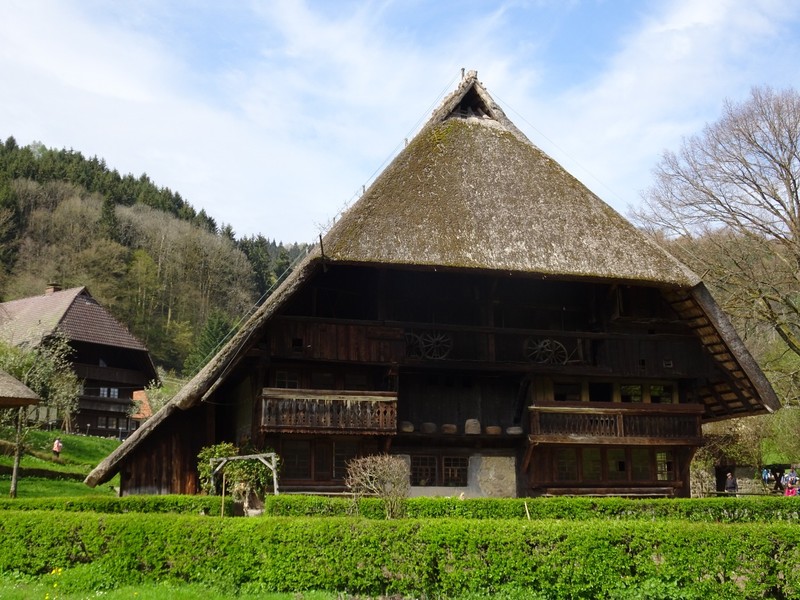 This is where it all began: The actual Vogtsbauernhof has been built right here in 1612 and is, unlike all the others, standing in its original location. The wish to preserve it was the starting point of the museum village, which has slowly grown and is still growing. 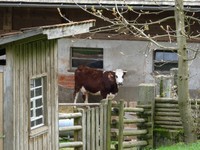 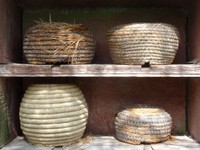 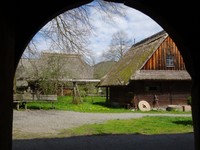 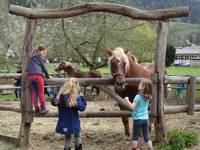 Live farm animals are kept in some of the farms: cows, goats, sheep, chickens, and the typical Black Forest horses. They keep and breed old races that are on the brink of extinction, in order to preserve them.

The animals are a big hit with children. But there is more for kids and families. There are activities like crafts workshops and games, two playgrounds, a picknick area. The place is popular with families and also with kindergarten and school groups. For the latter they have special programmes. 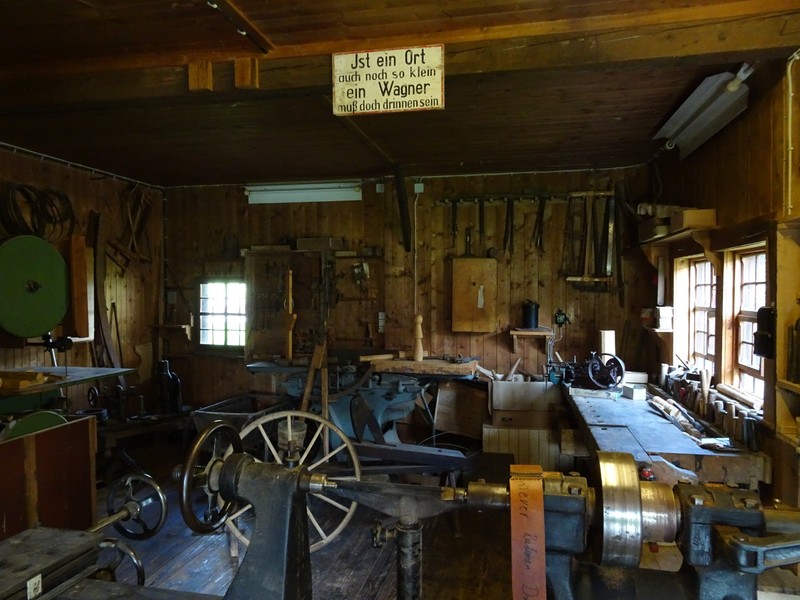 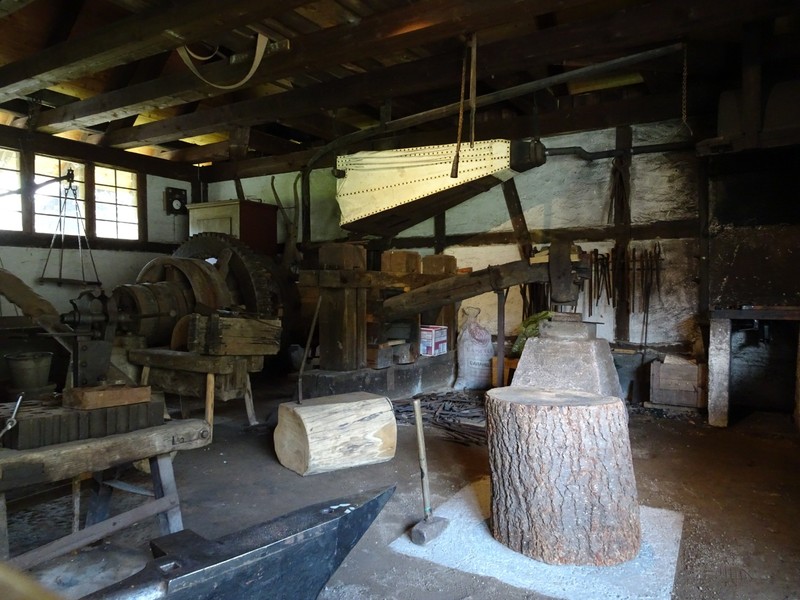 A blacksmith's workshop with a large automated hammer that is driven by water power. 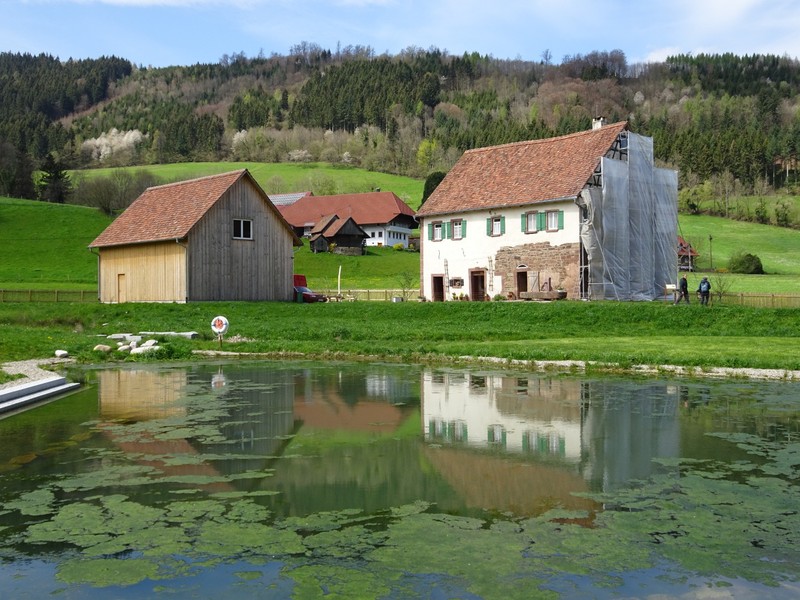 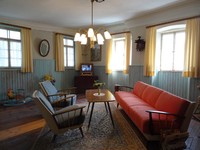 The grounds have recently been extended by a vast area, surely with the purpose to add more buildings. A pond has been dug and a new footpath has been paved.

The first building in this part, and the museum's late addition, is the so-called "Little Castle" of Effringen in the Northern Black Forest. Calling it a castle is very flattering, it can better be described as a country mansion. The last inhabitants moved out in 1972 and the rooms on the first floor still have their 1950s/1970s furniture. 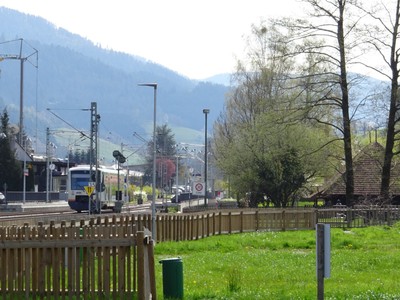 Only very recently, a new train station has been opened smack in front of the museum entrance. It is now super convenient to reach by train. Holders of train tickets even get a small discount on the entrance fee.

Trains of the Ortenau S-Bahn stop here; these commute between Hausach and Hornberg where you connect to the Schwarzwaldbahn line (both) and the Kinzig valley S-Bahn line (Hausach). 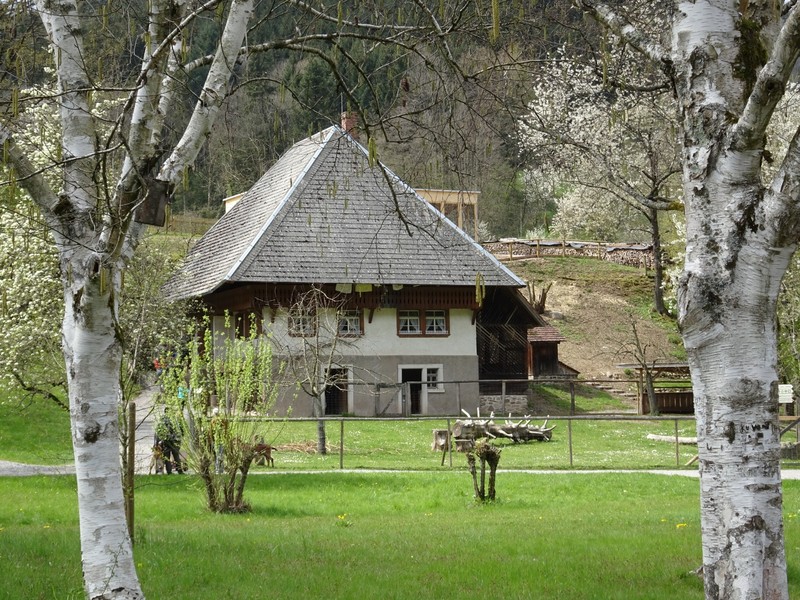